“With experimental film, I am attracted to the corporeal nature of the filmstrip and how this opens the emulsion up to the possibility of physical manipulations.” – Josh Weissbach 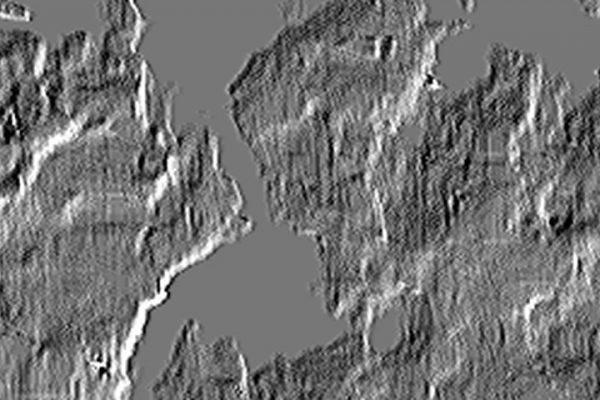 Josh Weissbach is an American experimental filmmaker. He lives in a house next to an abandoned village with his wife, daughter, and three cats. He received his M.F.A. in Film, Video, Animation, and New Genres from the University of Wisconsin-Milwaukee, and his B.A. in Film-Video Production, Photography, and Cuban Studies from Hampshire College. He is the founder and programmer of The Grange, a microcinema specializing in experimental and non-fiction film and video based in East Haddam, CT. He is the recipient of the 2008 Cary Grant Film Award from the Princess Grace Foundation-USA, a 2013 Mary L. Nohl Fellowship for Emerging Artists from the Greater Milwaukee Foundation, and a 2015 LEF Fellowship from the Robert Flaherty Film Seminar. He has shown his 16mm films and digital videos in film festivals, microcinemas, and galleries worldwide.

Employing experimental and nonfiction filmmaking techniques, the entirety of Josh Weissbach’s cinematic project examines themes of spatial wonderment. Originally, Weissbach focused on the relationship between the intimate and the uncanny within domestic space. Central to this process was an investigation of the visual agency of the built form and the manner in which it implicated a history of familial trauma. In more recent work, such as the latest installments of the ongoing series The Addresses, there has been a subversion of the built form. Weissbach has also begun to consider natural spaces that are defined by the vitality of matter and its transfer of force. In much of his work, Weissbach has explored formal strategies that alter the composition of a frame physically constituted by film grain.

Examining both domestic and natural spaces, Weissbach seeks sites of trauma, vitality and memory. The specific becomes general and the general becomes specific. Psychological spaces take on architectural terms just as literal spaces begin to shape what happens inside of them.

Weissbach’s films are impeccably composed and paced, with an airiness that allows for both tension and relief. There is an inscrutable intensity to much of the work, using the same breath to express both data and drama, as Jack Webb says just the feelings.

The ghosts find doors in the walls, while the television is stuck on an unhaunted house.”- [Program Notes from Nightingale Cinema ,written by Jesse Malmed]

In Street Twenty-Seven Number Ten Sixteen there is the memory of a bedroom in an apartment on the third floor of a building. There is a reverie of a melancholic love song playing on an airplane, flying towards an island, straddling an ocean and a sea. There is the soft haze of an embargo slowly lifting into the celestial blue.

Using an appropriated image from the demolition of the architectural crater that was the Alfred P. Murrah Federal Building, the site of the Oklahoma City Bombing, 200 N.W. 5th Street presents the aftermath of domestic terrorism, as shape and form surrender to a topography of undulating smoke.

As an accumulation of hand-processing artifacts moves a singular image towards abstraction, the legalese of a court document is read verbatim, partially revealing the arcane details of a domestic event.

Model Fifty-One Fifty-Six displays the physical changes of the maker’s heart since being born with the congenital disorder, Transposition of the Great Vessels. This chronicle showcases a movement from human to cyborg that connects personal vulnerability to 1980s science fiction.

Inverted exteriors considers the conditions of an edge, whether that edge be architectural or topographic.

A Greek man, once a guide on the island of Delos, started discussing what the word theory meant. Our ensuing conversation was the initial inspiration for this film, entitled theoria [theh-oh-ree-ah].

VISIONS is proud to host a workshop with August’s visionary, Josh Weissbach.

In this film-boiling workshop from Josh Weissbach, participants will have the opportunity to experiment with one of the primary formal strategies utilized by the filmmaker himself. Weissbach will discuss and present the process of boiling film, the effect of reticulation, and how it connects to the conceptual leanings of his cinematic practice. In addition, Weissbach will talk about the other strategies he employs to formally treat the film frame and how they visually inform his project of mapping the intimate. Each participant will have the opportunity to boil his or her own film and create frame by frame manipulations within the film’s emulsion while hanging out with Weissbach in a laid-back environment. While doing this, the group as a whole will develop a growing list of how different film stocks respond to being shocked by heat within a pot of boiling water.

The date and time of the workshop will be confirmed depending on participant availability.

There are only 8 places available. The cost of the workshop is $15 per person.

All participants will have a free ticket for the Weissbach screening on the 20th at Cinema Excentris.

Contact us for more information or to reserve your place.

would like to think about disorientation as something capable of producing its own rewards. Disorientation conjures navigational initiative: Where am I? What am I doing? What is this? If being lost can be considered an honest state, then creative or political agency resides in locating one’s body in space, one’s feelings in time.In examining the collision of film objects and viewing bodies, the power of images and our agency as onlookers are most usefully entwined in a process of mutual consideration. Hans Belting proposes that “the act of looking is not only attracted by images but is also displayed in them, as if images had a faculty of looking themselves or could reciprocate our looks.”1 Here the philosophical potential of a reciprocated relation lies in the idea of togetherness, of relational experiencing. But the image cannot experience its audience. Images are stoic yet vulnerable, standing alone. Then what if the image is absent?

Josh Weissbach’s 2843 Colborne St. E, one of three films in the series The Addresses, is made of a transparent piece of leader which, through a contact film printing process, produces a black image. Though in reality the audio features two cross-generational conversations between two pairs of fathers and sons, I prefer a Jungian reading: Corey is bathing his son, floating between the tenderness of his interactions with the boy and tense, instructive exchanges with his own father, who appears to be in financial trouble as he anticipates a meeting with the social services. Corey’s reassurances are met with verbal abuse. The kind that grows out of nervous tension. The kind we can only afford in love. It’s familial.

Since there is no image, it is through listening that we begin to produce our own projections. Here are mine: The bathroom sits at the end of a narrow corridor, leading to a large living room. The kitchen is annexed there through a smallish hatch. The house hasn’t been refurbished since the ‘80s. Corey is moving between two spaces, two conversations, two generations. Between tenderness and abuse.

It may take multiple viewings to note that there are no footsteps. The two conversations are not in fact happening at the same time, or in the same space. The sonic fabric gives way to a dissonance between reality and the imagined.

“The projected blackness that is not darkness,” as Weissbach puts it, is partially a representation of his relationship to the material. He was not present during either of the recordings. In the absence of image, the meaning of surreptitiously recorded conversations needs to be eluci-dated, producing disorientation: “Do I close my eyes? Do I think of the space, the people I am sitting with? I am interested in the contract between the viewer and the screen. I want people to be next to each other when they are encountering the nastiness that’s going on. Until that final moment when the title snaps you back into the space of cinema.”

As is the case with all of the works in the Addresses series, it is disorientation that sparks our navigational initiative towards each other and our surroundings. And therein lies the power not of images alone but of the potential for relational experiencing that Josh Weissbach solicits so eloquently with these films.

Minou Norouzi is a filmmaker, film programmer, and Ph.D. by practice researcher at Goldsmiths, University of London.